Entering RAF service in 1955, the Valiant was originally developed for use as high-level strategic bomber. However, by 1963 its role, like the other V bombers, was changed to lowlevel tactical operations. An appropriate grey/green camouflage scheme was introduced in 1964. B MK.1 XD829 was one of very few Valiants to be finished in this tactical camouflage scheme before fatigue cracks, brought on by low-level flights, caused the rapid grounding of the fleet. With the Victor and Vulcan performing well, the cost of refurbishing the Valiant fleet was considered too high and in early 1965 they were retired from service. XD829 was broken up as Scrap at Marham in March 1965 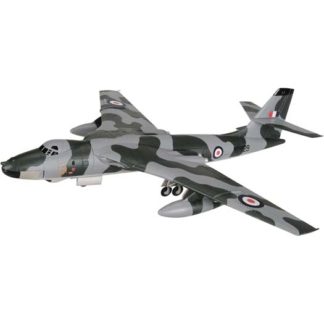